Racism Within a Race

Markevius Faulkner: From School to the Stage

Are you prepared for an Earthquake? 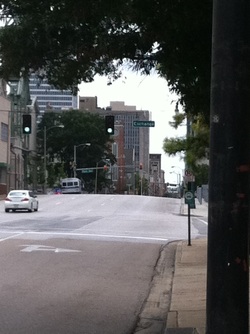 Downtown Memphis
In August a 5.8 earthquake shook the East coast. The tremble that started on Virginia was felt as far south as Georgia and as up North as
Maine.

According to the New York Times the east coast wasn’t prepared for an earthquake:


“But the tremors disrupted life in
some of the nation’s biggest population centers. Tens of thousands of people
were evacuated from office buildings.

Cellphone service was strangled as the quake led to disruptions in air traffic, halted trains, jammed roadways and gave some on the West Coast an opportunity to poke fun at Easterners who seemed panicked and uncertain of how to respond.

In earthquake-prone areas, peopleusually are instructed to stay inside to avoid falling debris, but in places where earthquakes are unfamiliar — and in a post Sept. 11 environment — few argued with evacuation commands.”-New York
Times


Currently there is construction on the Hernando De Soto bridge and the pyramid to insure that these two buildings will continue to stand in case there is a earthquake
here.

However, since the Mid-South sits on the New Madrid fault line what will
happen to the buildings of the historic downtown Memphis? Only time will
tell.